Everyone knows that aliens abduct people and animals on a regular basis to do their experiments and whatnot. Nobody really knows that often, these lazily prepared abductions cause a lot of political issues on the home planets, requiring a re-abduction back to the home planet.

Of course nobody really thought of writing down where things are from - so now high-tech is needed to extract Home Information Data from subjects and bring them savely back to earth.

This is a two-player local coop game where one player is the UFO Pilot (in VR) that finds locations and the other the Mothership Operator (on Desktop, using a mouse), extracting useful information. Since data connections are very brittle near the earth orbit, you'll have to communicate by voice where each of the subjects lives and when exactly to enable and disable the Tractor beam. Be careful to not hurt anyone!

Oh, and your home planet sends you a pretty continous stream of subjects to dispatch to earth, so you should probably hurry up a bit. 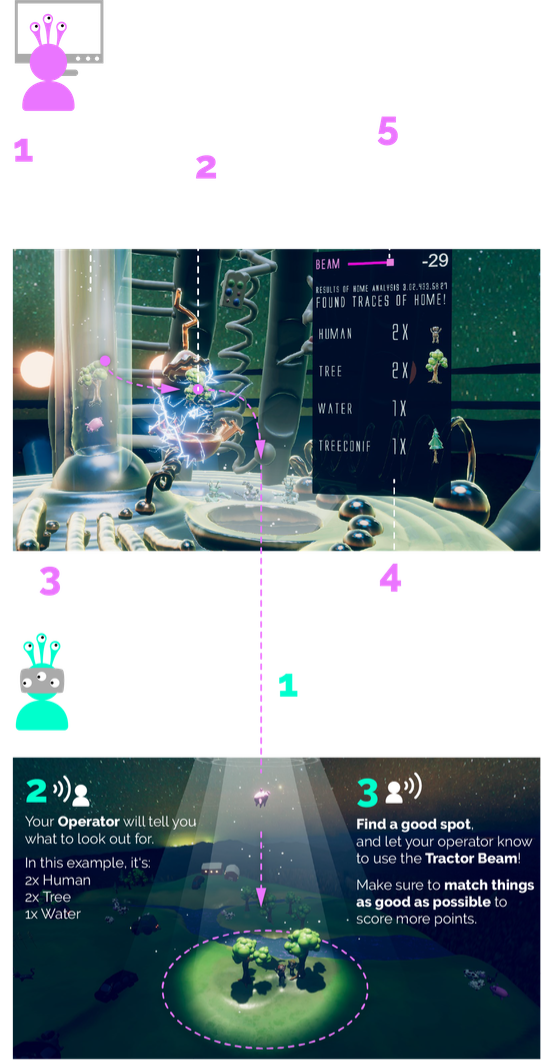 Originally done in a team of five for the Global Game Jam 2019. Link: https://globalgamejam.org/2019/games/beam-back-home

Using the new Lightweight Renderpipeline from Unity in VR. This causes all kinds of interesting issues and crashes, most notably that currently the VR Pilot has to live without some postprocessing effects and the game crashes on exit. Well. New technology! Also, Shader Graph, Cinemachine etc.

Oh, and all models and world assets have been sculpted directly in VR in Oculus Medium and exported for the game without further editing (well, the alien had to be rigged). 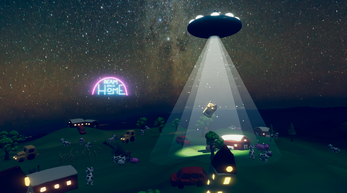 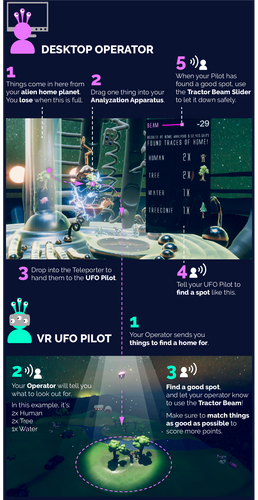 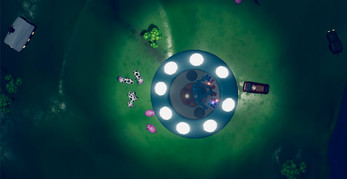 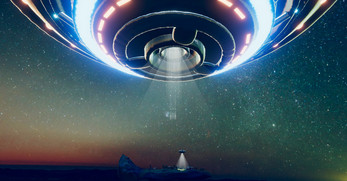